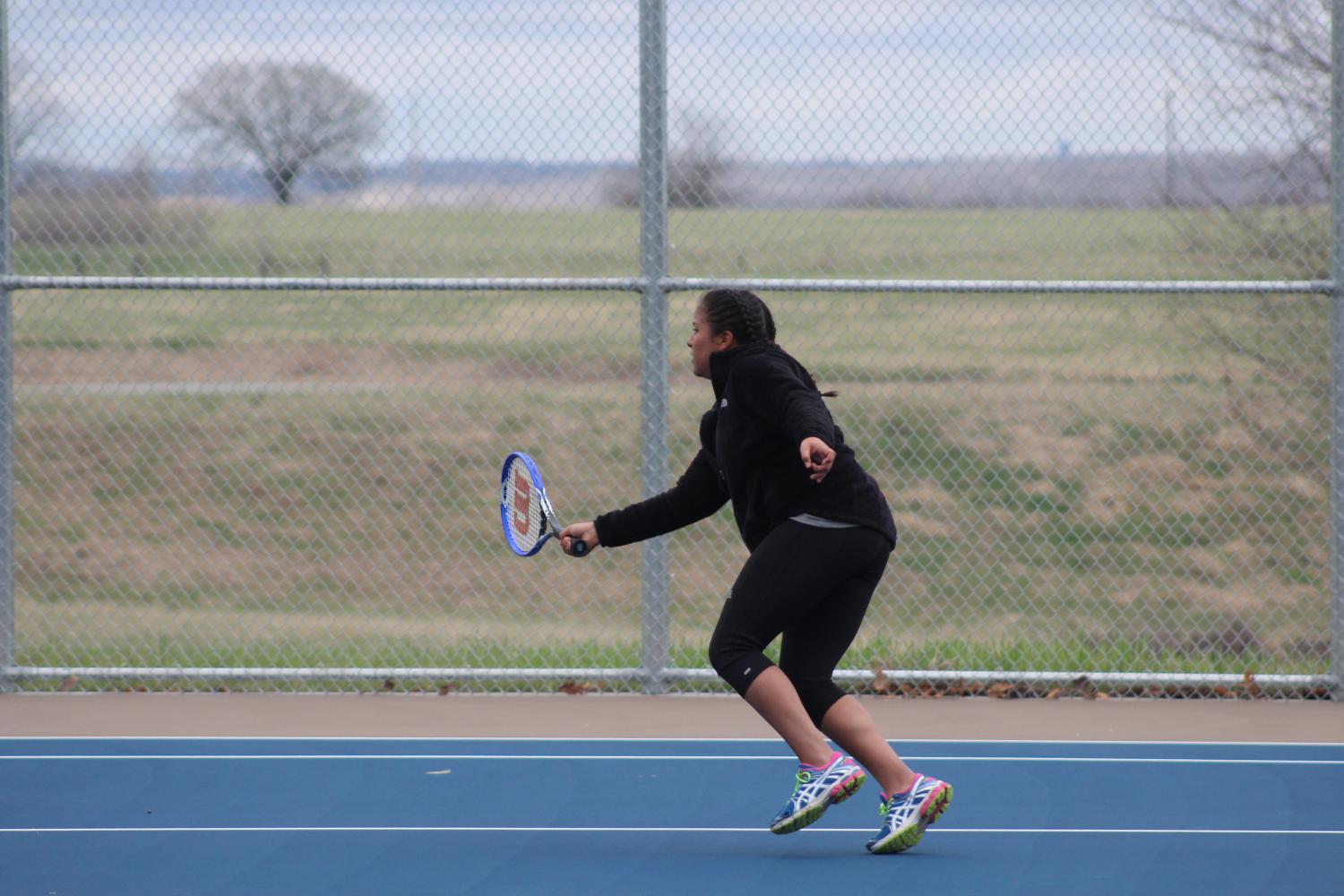 “I love being able to represent my grade for this sport that I have come to love,” Carrete said.

Carrete has only played tennis recreationally. She said she is doing much better than she expected and relishes the season.

“I have some natural ability. I believe the season is going amazing so far and can only hope it will get better from here. We are all improving and doing extremely well,” said Carrete.

Junior Jana Rosich, started playing tennis about 10 months ago. Rosich became interested in tennis through a camp at the University of Kansas.

“I enjoyed the way they taught,” said Rosich.

Rosich said one of the hardest parts about tennis is the volley.

“You can pretty much play with anyone, but if you want to become good it takes a while to learn,” said Rosich.

Tennis Coach Todd Weaver, has been coaching tennis for twenty years, ten of which were at PHS. Weaver has always liked tennis and played when he was in high school. Weaver likes seeing his coaching pay off.

“Watching them succeed through hard-work and great effort is especially rewarding,” said Weaver.