Underclassmen play up this baseball season 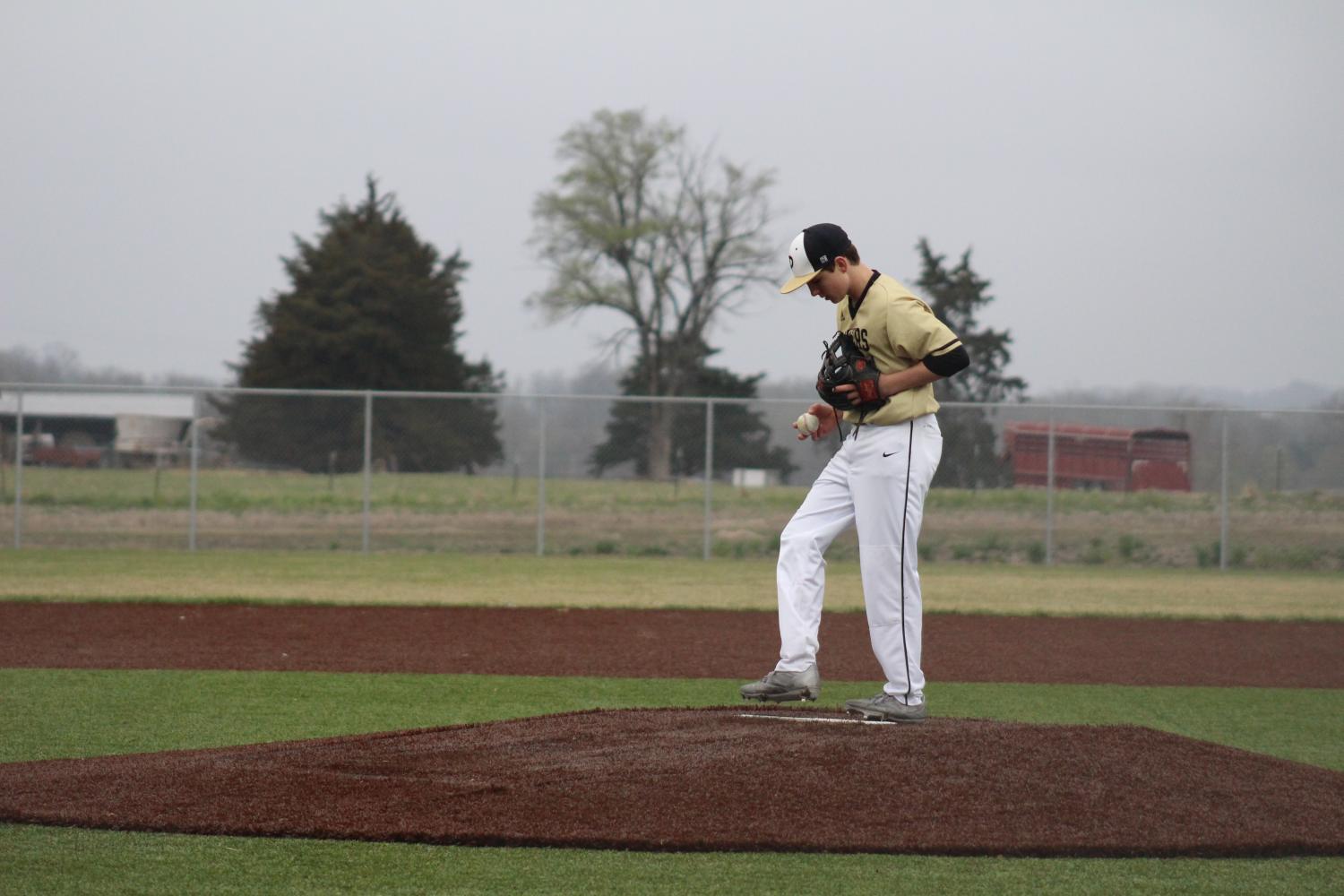 Freshman Caden Bressler steps up to the mound for the first time on varsity.

Caden Bressler, freshman, said he is especially excited to be playing varsity baseball as a freshman, along with other freshman Evan Peuser, Michael Daggett, and Javen Church.

“The best part about baseball is when someone does something good and your team gets loud and goes crazy for the play or something you did,” Bressler said.

“I feel like he deserves to be there; he has put in the work to get where he is,” Sutti said.

“Given the lack of depth that we have with our rotation, we needed more arms so we brought up the best possible options,” Murdock said.

Bressler playing varsity as a freshman will help him reach his goal of going professional.

“Playing beyond college is a big dream for me as well and I hope that I get that opportunity,” Bressler said.

Bressler said the upperclassmen have helped in many ways, from hitting to keeping his composure on the mound.

“I try and help them out with what to do, and mostly try to lead by example,” Sutti said.

In three years, Bressler said he plans to play baseball in college. Sutti plans to play for Neosho County and study to become a chiropractor.
Murdock said he also has high hopes for the upcoming baseball team.

“Our underclassmen have also been impressive so I think that will help as they continue to progress over the years,” Murdock said.

So far this season our Paola Panthers are 7-5 with 5 games left to go.