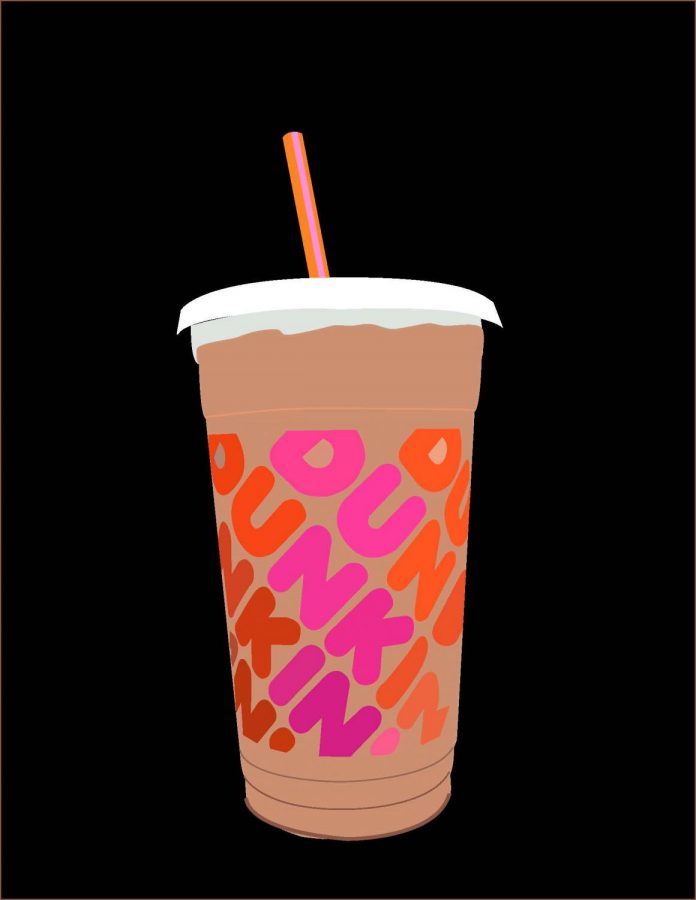 Zoe Parker, freshman, tried the Travis Scott burger because she thought it looked good.
“I thought it looked super good and was going to be better than the Big Mac but after I [tried it, I] thought totally different and thought it was a waste of money because bacon and hamburger don’t go together,” Parker said.
On Sept. 8, McDonald’s released the ‘Travis Scott’ meal to the public, and it quickly became a popular choice to consumers.
Rachel Reimer, sophomore, tried the ‘Travis Scott’ meal the day after it came out.
“I don’t think it’s worth all the hype but it is very delicious and quite tasty,” said Reimer.
Another popular food item, which was inspired by a celebrity, was the ‘Charli Drink.’ This drink was coined by Charli D’amelio, Tik-Tok star, with the breakfast chain, Dunkin’ Donuts.
Natalie Ball, freshman, tried the ‘Charli Drink’ when it came out. “I don’t really like coffee and I didn’t think I would like it but after I tried it, I really thought it was good,” said Ball.
Nikki Bates, senior, also tried the ‘Charli Drink’, after it was released.
¨I didn’t like it when I bought it. I hate my coffee drinks strong, so that drink just wasn’t for me.” Bates states.
The ‘Charli Drink’ was cold brew, [with] whole milk and caramel. Some people love the strength of coffee but others, not so much, some would prefer it not as strong and a little sweeter.
As the hype around the ‘Travis Scott’ burger and the ‘Charli drink’ calmed down, the pumpkin spice rave began.